If you are the host or moderator of a room, your room will have a banner as below with a gear icon.

Clicking gear icon at the top right of the screen will open a new window with the following tabs as shown below.

Click the Breakout Rooms tab as pointed to by the red arrow. 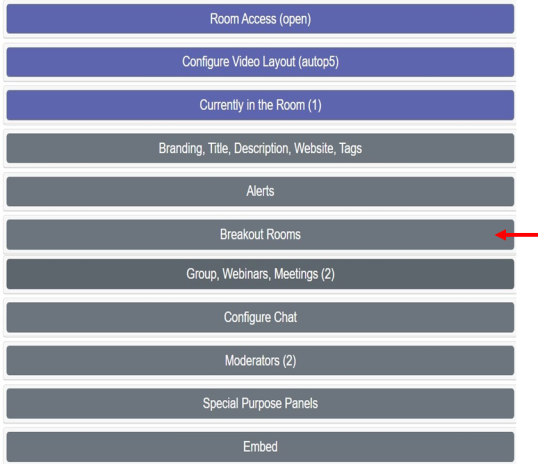 Clicking the “Breakout Rooms” will open the tab as below. 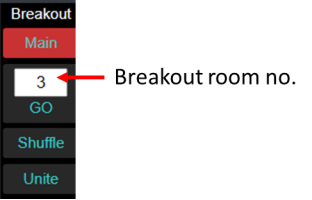 Breakout rooms are numbered starting from 1. All the audience members and the host will initially be in the “Main” room which is displayed as “Main”.  To go to breakout room number 3, enter 3 in the white box and click “GO” as shown.  Once you are in a breakout room, you can watch the proceedings in that room.  To participate, click the